Poisonous Plants to Weed Out of Your Garden 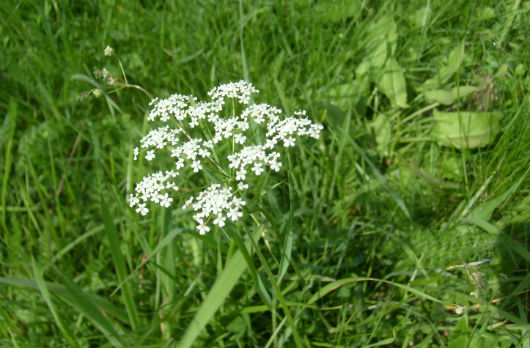 Having a well-kept garden can be a great way to take make your house unique and separate it from the rest of the neighborhood. However, there are always some facets to gardening that are less than desirable and one of these is ridding the area of poisonous plants. If you are unsure as to which weeds could be toxic, then take heed to this information on the various poisonous plants to weed out of your garden.

There’s no doubt that foxglove is a plant that you will want to keep out of your garden. In fact, this unwanted weed could cause an array of major health issues, including severe pain, heart issues, and even death. Foxglove was once used as an appetite suppressant, because of its ability to curb one’s appetite, but this is no longer considered healthy.

One very popular poisonous plant that thrives in the New Jersey area is poison oak. And while there is little chance that poison oak will result in death, it can cause a nasty allergic reaction. This reaction typically results in a painful rash, so the plant is best avoided at all costs. When removing this plant, make sure that you wear gloves. Even after handling the plant with gloves on, it’s best to wash your hands after removal.

When a plant species has the word “poison” in its name, then it is easy to tell that it shouldn’t be messed with, and poison hemlock is one of these weeds. This plant is so toxic that there are continuous efforts to rid this invasive species once and for all, but thus far, these efforts have been in vain. Every part of poison hemlock is deadly if ingested, so it is wise to get this one out of the garden as soon as it appears.

Perhaps the most misleading name of any poisonous plant, buttercup is a weed that requires caution. This beautiful and seemingly harmless plant with pretty flowers can grow in large numbers and span entire fields. And although the species is particularly toxic when ingested by cattle or horses, it does not bode well for humans either. Thankfully, this weed has a terribly bitter taste and this helps to prevent it from mistakenly being consumed.

There are many poisonous plants that need to be avoided, as has been shown, but few have symptoms that are as immediately felt as that of monkshood. When monkshood is ingested the effects can be felt almost instantly, with death occurring within 2 to 6 hours if the dosage is concentrated enough. The most common symptoms after monkshood has been ingested is vomiting, nausea, and abdominal pain. If you’re unsure as to whether your garden has been invaded with monkshood, contact us and we will set you up with a weed control professional.

The name hydrangea actually refers to a genus of plant that has more than 70 species to it. And while in nature they are typically found in Asia, due to their beautiful flowers and overall appearance, they are also popular in the U.S. With hydrangeas, humans do not have to worry about being poisoned, and in fact, the plant is often found in herbal teas, but pets are a different story. If your cat or dog eats some of this plant, then the symptoms could range from vomiting to diarrhea. If you feel that hydrangeas are a necessity in your garden, just be sure to keep your four-legged friends away from the plant.

Although Wisteria is known for being found in Asia, it is also common in the eastern part of the United States. Wisteria is not so much like a plant as it is a creeping vine. Unlike many other weeds on this list, Wisteria is not going to kill you, but it does have many undesirable traits if ingested. When eaten, wisteria can cause everything from indigestion to vomiting, and this is by no means a pleasant experience.

A garden is a perfect way to spruce up the area around your house and it also goes a long way in helping to keep you active. However, there are some things that need to be considered when maintaining a garden, and one of these is the presence of poisonous weeds. There are a few plants that are common in the New Jersey area that need to be eradicated as soon as they are detected, such as foxglove, poison oak, and monkshood, as these could cause death if ingested at certain concentrations. On the other hand, there are weeds that you need to keep your pets away from if you decide to keep them around, like hydrangea and wisteria. If you have a garden at your home, keep these tips in mind when ridding it of poisonous plants.

If you live in the New Jersey or New York Metro Area, be sure to contact the experts at Homeowners Hub for personalized advice and professional services.